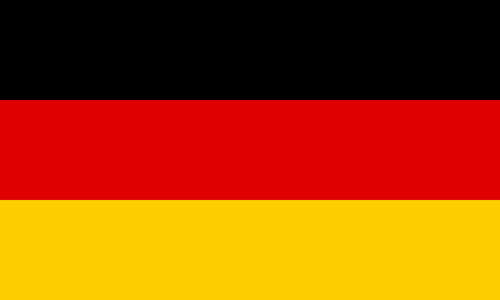 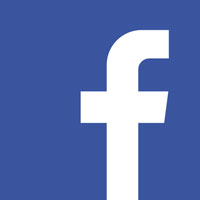 From the region: this is what our local newspaper writes about the Rothbacher vacation hotel farm. 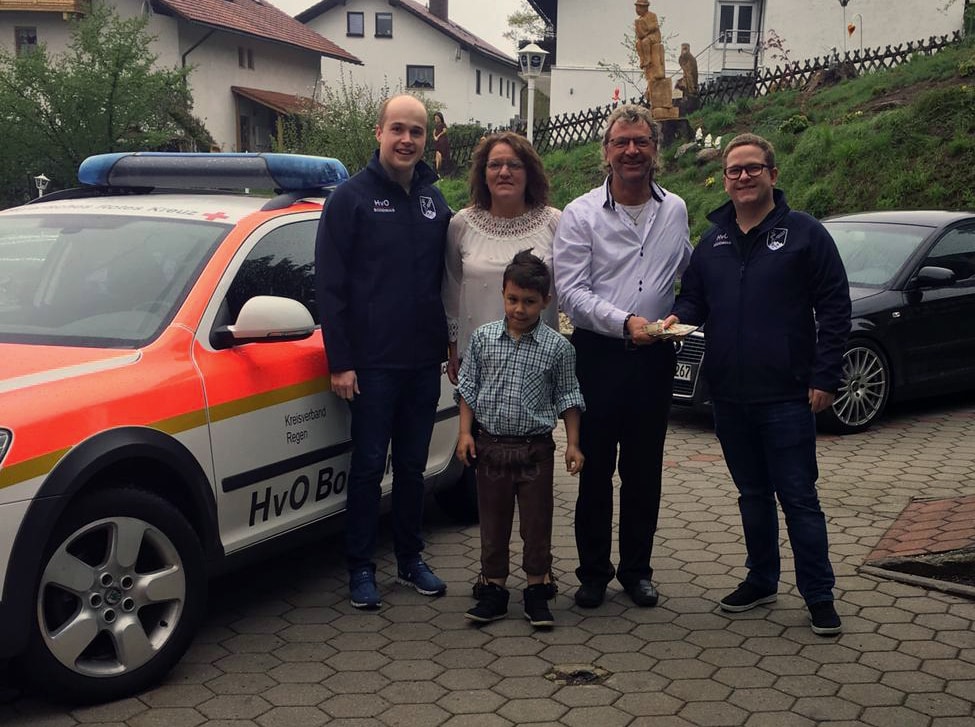 Ostertombola again a full success A heartfelt thank you to all our guests who contributed to an all-around successful Easter raffle.

Of course we would also like to thank the many sponsors like JOSKA Kristall, Brauerei Weltenburg, Genobank Bodenmais, TROIBER, Mainthal and many more. prizes for our big Easter raffle. To the net proceeds of 510,00 our team added another 40,00 €, so we were able to support the HvO Bodenmais-Böbrach a full 550,00 €.

500 EURO for the kindergarten St. Josef in Regen » 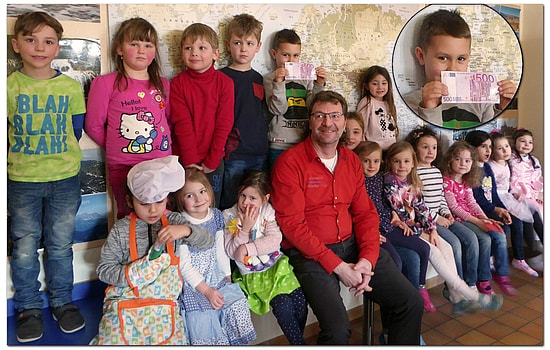 500 EURO for the kindergarten St. Josef in Regen

For our vacation guests we carried out our 3rd raffle at Christmas and achieved proceeds of 400 euros. Our team also added an amount of 100 Euro, so that we were happy to hand over an amount of 500 Euro to the head of the Ella Kronschnabl, head of the kindergarten St. Josef in Regen. in Regen. The headmistress assured that the amount will be used to support families, e.g. for children whose parents cannot afford to pay for lunch or excursions. cannot afford to pay for lunch or excursions.

This is what the Main-Post writes about the Rothbacher Hof » 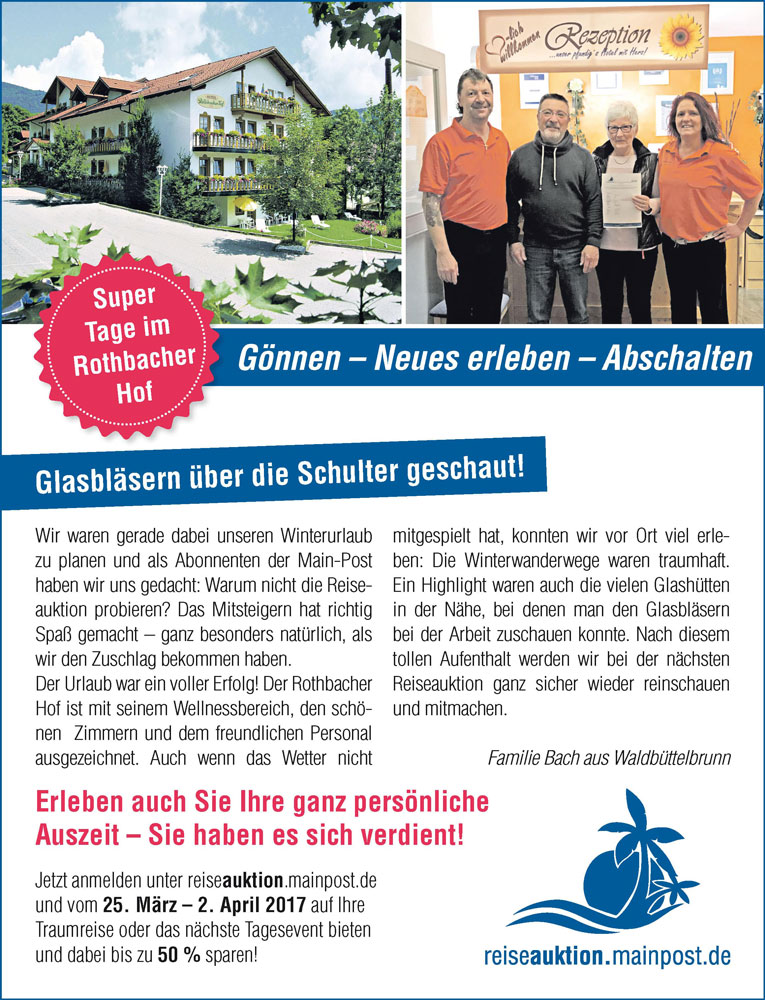 As subscribers to the Main-Post, we thought: Why not try the travel auction? try?
The bidding was a lot of fun - especially when we won the auction. have got the surcharge. 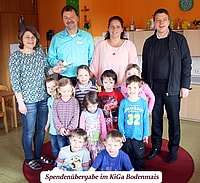 Rainer and Monika Pfeffer from the Rothbacher Hof Hotel in Bodenmais have been generous donors. in Bodenmais proved to be generous donors. The hoteliers held a raffle for their vacation guests at Easter raffle for their holiday guests at Easter, generating proceeds of 400 euros. This amount the two handed over now to Renate Shams, director of the Kindertagesstätte pc. Barbara in Bodenmais. She was joined in this by the parish priest Alexander Kohl, and the children were also happy. There were also happy faces among the children. As the local priest and the director assured, the amount is to be used for the support of socially weak families, primarily for children whose parents cannot afford to pay for lunch lunch and excursions. Pastor Alexander Kohl and director Renate Shams thanked Rainer and Monika Pfeffer with a heartfelt They thanked Rainer and Monika Pfeffer with a heartfelt "Vergelt`s Gott" for their donation and praised their willingness to donate. 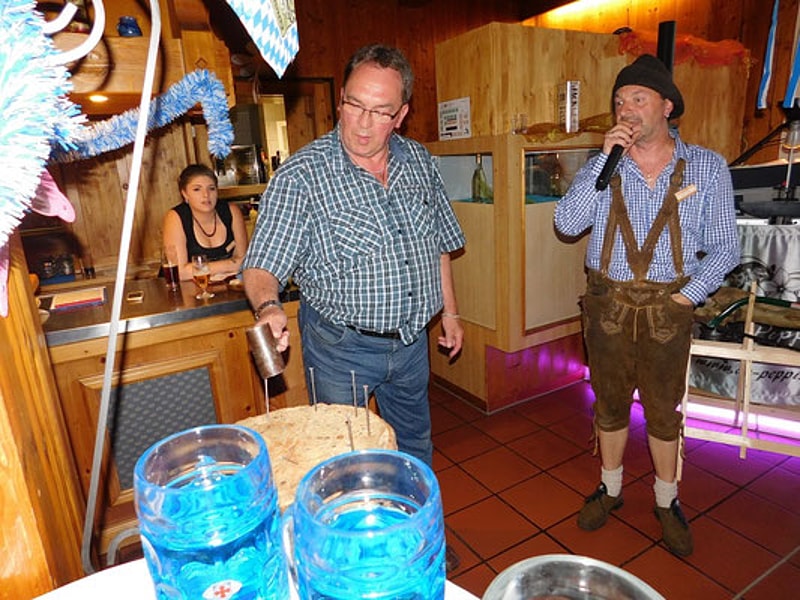 Bodenmais in the Bavarian Forest was the destination of the KVSO Sigmaringen this year.

To boost and revitalize tourism, Bodenmais in the Bavarian Forest entices visitors with with the possibility of musical performances and, as a reward, with favorable accommodation prices. Under the motto "The Bavarian Forest also has beautiful sides - in particular if the music plays" the members of the KVSO Sigmaringen had decided this year for a journey into exactly this Bodenmais decided.

Already on Friday, June 10, 2016, the start took place in beautiful weather from Meßkirch via Rohrdorf, Sigmaringen, Bingen, Friedberg towards Biberach and Ulm. At the height of Augsburg, the journey was completed to strengthen the musicians with with their companions was interrupted with a solid snack. The further way led to the Weltenburg monastery. Here they could see with their own eyes the extent the extent of the flooding that had occurred in the days before due to the huge amount of had been seen. The usual parking lot for cars and buses was only by the signs sticking out of the water. Weltenburg Monastery known not only by the famous beer, but of course by the monastery itself and here the wonderful church.

Adam-Bräu was then already waiting for the participants in Bodenmais for a small brewery tour in his private brewery. After a very entertaining and informative informative tour, we arrived at the hotel "Rothbacher Hof", which we had chosen for our stay. Hof" and moved in with all the belongings including instruments. moved in. The hotel host Rainer Pfeffer had prepared a Bavarian buffet for the evening. and the playing of the "Bayernwoid Moastars" prepared. This amusing part rounded off the first day perfectly.

The musical highlight was held on Saturday from 10.30 am "In the fountain yard". This Brunnenhof was at the same time the center of a small park, stop of the Bayernwald Railroad and access to the tourist office. 2 hours of best entertainment, also thanks to our Georg Fürst, who entertained the numerous visitors with Swabian anecdotes and jokes. Anecdotes and jokes entertained. With end of the concert then even the The glass paradise JOSKA in Bodenmais was then for a comfortable break. for a comfortable break with a stop and shopping possibility. planned. In order to get to know the surrounding Bavarian Forest a little bit, the tourism office had left "Otto" as a tourist guide to us. Arbersee, big Arber, Zwiesel, Bayerisch-Eisenstein were places that he presented to us very informatively. When the participants then stood in front of the "Hohenzollern Ski Stadium", the information was then that a huge forest area incl. the big Arber belongs to the princely house Hohenzollern, nevertheless completely new. With a good Bavarian meal and drink the day sounded in the Marktstüberl in Bodenmais.

Sunday was then reserved for the return to our beautiful Upper Swabia. At the stormy Ammersee in sight of the monastery of Andechs a lunch break was taken the participants in the farm Elchenreute near Bad Waldsee for the rest of the way home. the rest of the way home with a good snack and Andechs beer. These three beautiful and harmonious days will certainly be remembered by the participants for a long time. still longer in memory remain. 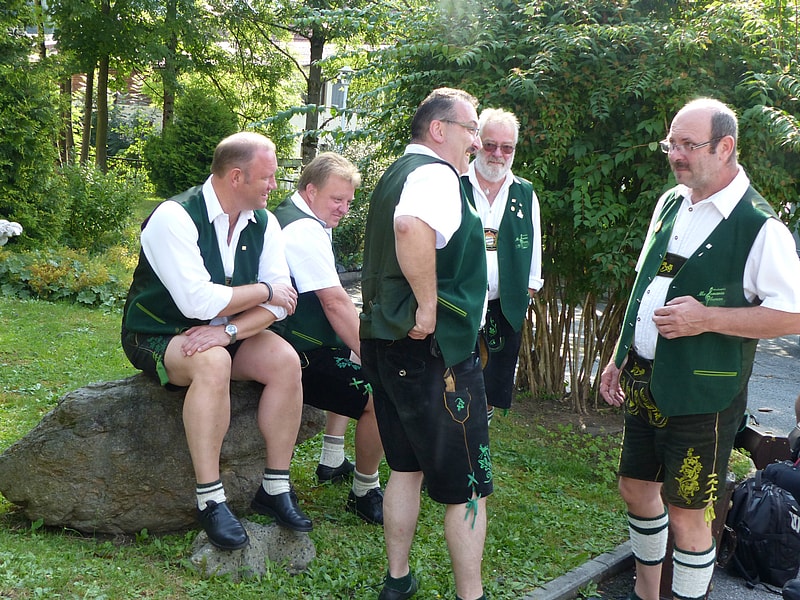 The music trip of the brass band "Melomania" Obernau led us this year to the Bavarian Forest to Bodenmais.

Our board member Daniel Hubmann had prepared the trip well. On Friday, 29.07. we started at 15.00 o'clock from the clubhouse in Obernau with a bus of the company Mertens-Reisen from Kleinostheim. Unfortunately, this Friday was also the first day of the vacations in Bavaria and Baden-Württemberg.

After all, we were all hungry and also craved cool refreshing drinks.

For the evening we had arranged with our host a musical performance in the beautiful beautiful beer garden of the hotel. Numerous hotel guests and neighbors were then from 19.00 clock with hearty brass music under the direction of the conductor Horst Grimm entertained.

The falling darkness could not slow down our joy of playing. Without further ado the sheet music was put into the suitcases. We entertained our guests with summery temperatures temperatures until after 23.00 o'clock with songs played by heart.

After breakfast on Sunday we went by bus to the "Joska beer garden". There was planned a morning pint concert from 11:00 to 13:00. 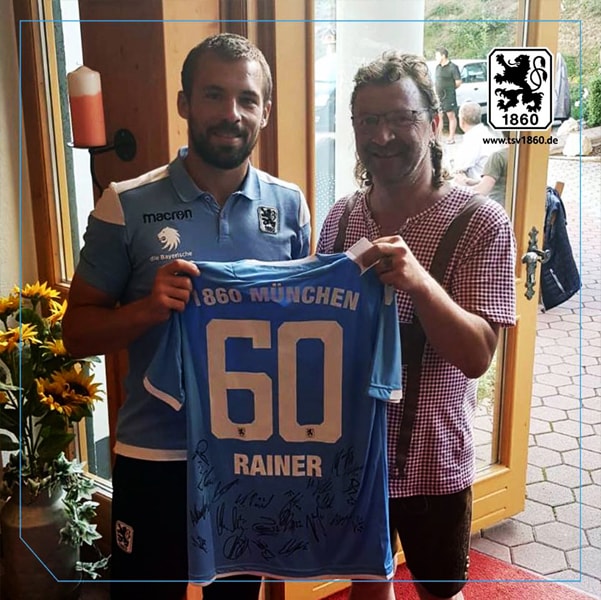 A warm greeting from the Rothbacher Hof,

our pfundigs hotel has again news for you:
Last week we had with us the team of TSV 1860 Munich during his Training camp in Bodenmais with us in the hotel to guest. For us and our guests was it highly interesting to see once, how a professional team prepares for the new season. And for us, especially for our kitchen, a real challenge to meet the special challenge to meet the special demands of a 43-strong professional team.

We admit gladly that it has made us then nevertheless proud, when we with the departure much praise ein-heimsen were allowed. Just as, by the way, we are also proud of the many positive evaluations of our guests during the year make us proud and are confirmation for our work! Work are!

But this should not have been the last highlight of this year - quite the opposite. opposite. With the Pichelsteinerfest, Silberberg Open Air, Ultra Trail, the autumn season in the Bavarian Forest..... many more occasions for a visit to the Rothbacher Hof await you!

And that's not all: as has become a small tradition in recent years. become, expect you in the staaden time again our Mottowochenenden, with those we would like to spoil you with some special delicacies.

Dear visitors, solve the riddle and send the solution words via the form with your name until 30 June 2021

The winners will be drawn on July 3, 2021. And announced on our website.

The journey is at your own expense; The legal process is excluded.

With pleasure we congratulate our Winners from the December 2020 puzzle!

Data protection:
For participation in the sweepstakes, the provision of personal data is necessary. The participant assures that the personal information provided by him, in particular first name, last name and e-mail address are true and correct. The organizer points out that all personal data of the participant without the will not be disclosed to third parties or made available to them for use without the third parties for their use. An exception to this is the company Happy The exception to this is the company Happy Contests UG (haftungsbeschränkt), which is commissioned to carry out the competition, which must collect, store and use the data for the purpose of carrying out the competition. and use it. In case of a win, the winner agrees to the publication of his name and name and place of residence in the advertising media used by the organizer. advertising media used by the organizer. This includes the announcement of the winner on the website of the Operator's website and its social media platforms. The participant may revoke his declared consent at any time. The revocation must be made in writing to the contact details of the organizer provided in the imprint area of the sweepstakes app. Organizer to address.

Applicable law
Questions or complaints in connection with the sweepstakes are to be addressed to the operator to address. Contact options can be found in the imprint area of the used Application. The sweepstake of the operator is subject exclusively to the law of the Federal Republic of Germany. 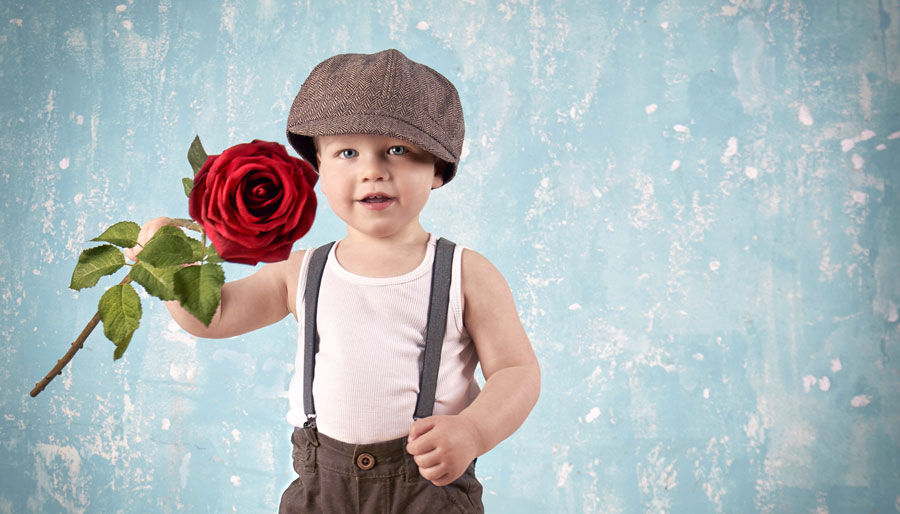 Dear guests,
we say THANK YOU for.

But also your suggestions were very valuable to us and have contributed, That we could expand and improve our services. Best example this is the wellness area, where we now with Ms. Knoll could win an extremely competent partner for you.

It was a lot, a lot of work, but we all always had a lot of fun!

And as a very special treat, we will draw lots among all regular guests who have visited us in the time of 06.11. to 18.12.2021 at least 2 days our guest were, some valuable prices.

Our THANK YOU offer »